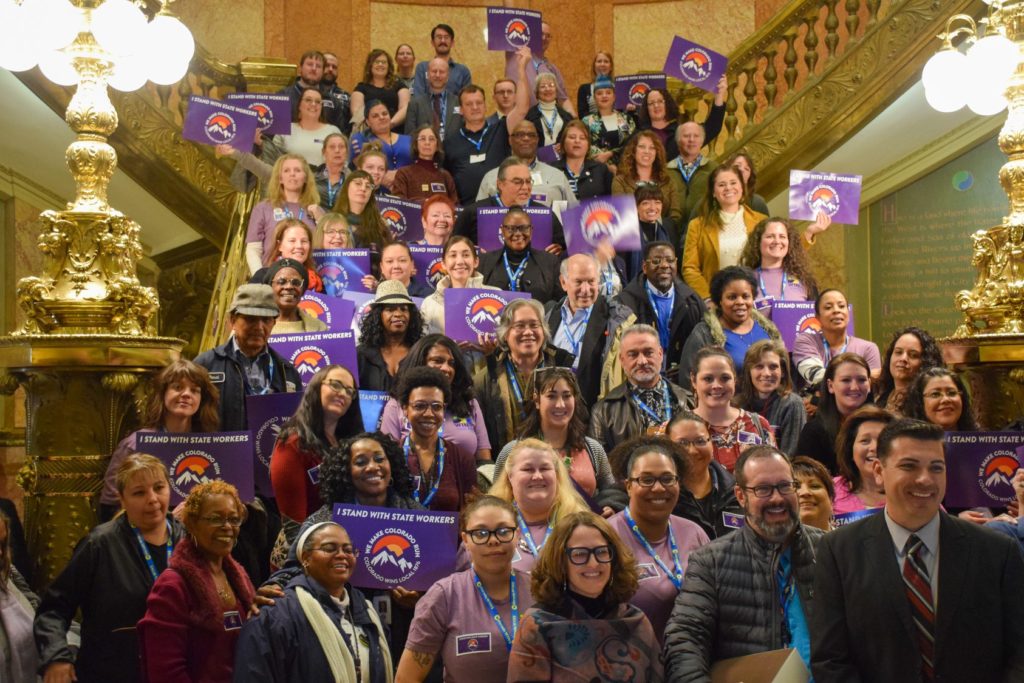 28,000 state workers in Colorado took a huge step forward today with the support of Governor Jared Polis, Senator Leroy Garcia, and Representative Daneya Esgar, HD 46 to pass legislation that would mean workers have the freedom to collectively bargain and fight for better working conditions on the job. #UnionsForALL #COPolitics

In a victory for all working people across our state, voters in Colorado elected a pro-worker majority to the state legislature. SEIU Local 105 members helped elect candidates who committed to support the Working People’s Platform, a project which names seven priorities for working families in Colorado: The freedom to form a union without interference or […]

While Colorado’s economy is growing, it’s not benefiting everyone. Despite record corporate profits, most Coloradans, whether white, black, or brown, are making less than they were ten years ago. The cost of living in the state has sky rocketed and rent is rising about six times as quickly as wages. As union members, we’re in […]

Demand an end to family separation at our borders

Tearing children away from their parents’ arms at our border is a cruel and immoral act by the Trump Administration. When a government does this, it terrorizes those children and their parents. The United States of America has typically condemned these kinds of actions by other governments. We cannot tolerate this action by our own […]

Every day, our union sisters and brothers work to create a better environment for working families in Colorado. Our days of hard work lead up to events like the one we held on Saturday, where we put hard hitting questions the people who want to lead our state. We wanted to hear from these candidates what, […]

It’s time to take action! Tell your representative to support HB-1368, the local wage bill. It’s just common sense. As Colorado’s economy continues to grow, the cost to live here continues to go up, but these costs aren’t the same in every community. Denver is more expensive than Yuma, so it makes sense to give […]

The Trump Shutdown – Notes for Workers

By: Ron Ruggiero, President, SEIU Local 105 Like many of you, we’ve been tracking the dysfunction in our nation’s capitol. As you probably heard, the federal government shutdown at midnight on January 19th, as Republicans chose not to pass a budget that also included the key concerns of their constituents. These concerns included legislation to protect […]