For more information on COPE and how you can get involved contact: Andy Jacob, Political Director (303-727-8020).

COPE is an acronym for the Committee on Political Education. It’s our union’s voluntary bi-partisan Political Action Committee used for political and legislative activities. We hold politicians accountable at every level of government and help our union build the political power to win strong contracts, better benefits, and pass laws that allow all workers to join a union.

Why Is SEIU Involved in Politics?

Our elected officials are responsible for passing laws that protect collective bargaining rights, job security, working conditions, and benefits. The only way we can fix this rigged economy for the wealthy is if working people fight to elect candidates to school boards, city councils, county commissions, Governor, State Legislature, President, and Congress, who value, believe in, will stand up for and make it easier for all workers to join unions.

How is COPE Money Used?

All COPE money goes into SEIU’s Political Account for use in local, state, and federal activities only. It does not become part of the general treasury. A portion goes to the SEIU federal PAC at the International office for use in Congressional or U.S. Senate races. COPE money is used not only for contributions to candidates, but also for voter registration efforts, lobbying, and get-out-the-vote efforts. Funds are also used to introduce and pass legislation that protects SEIU members and their families. 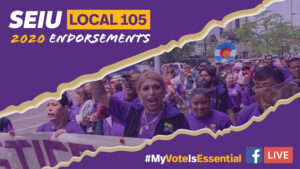 Visit the following dedicated pages for all things 2020 Election! 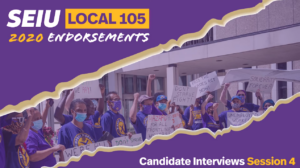 Watch our fourth session of candidate interviews this election cycle! Together, janitors, healthcare, airport, and security workers will be asking the important questions to local 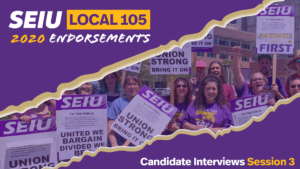 Watch our third session of candidate interviews this election cycle! Together, janitors, healthcare, airport, and security workers will be asking the important questions to local 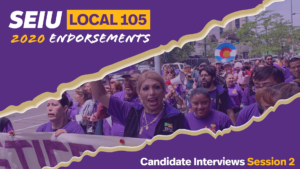 Watch our second session of local candidate interviews this election cycle! Together, janitors, healthcare, airport, and security workers will be asking the important questions to 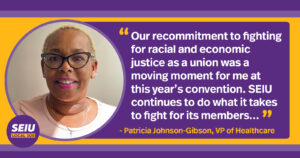 Amid a global pandemic, Service Employees International Union held its 2020 National Convention virtually for the first time in its history. Over 1,500 janitors, airport

The 2020 Colorado Legislative session ended just over a week ago with a handful of big legislative wins for working people. Even during an unprecedented