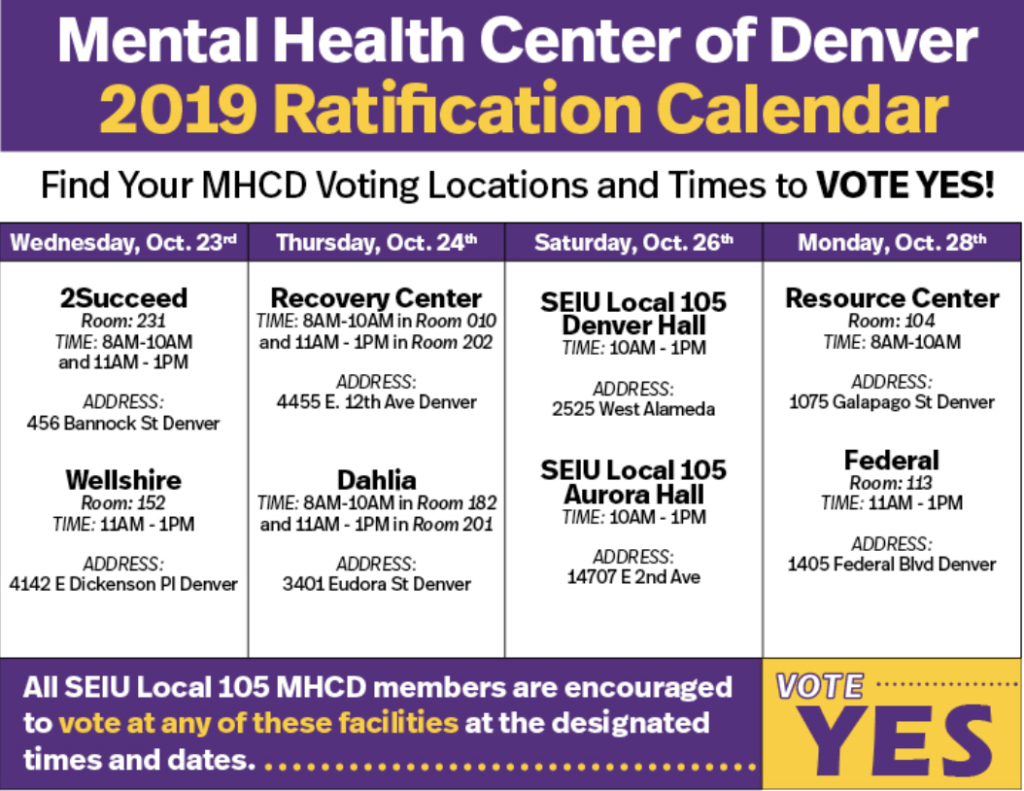 MHCD Local 105 union members fought for a strong contract AND WON! The bargaining team worked hard at sessions with management to advocate for better working conditions, and now it’s time to lock it in and VOTE YES to ratify the agreement. Ratification voting starts Wednesday, October 23rd, and will run through Monday, October 28th, with every SEIU Local 105 MHCD member having an […] 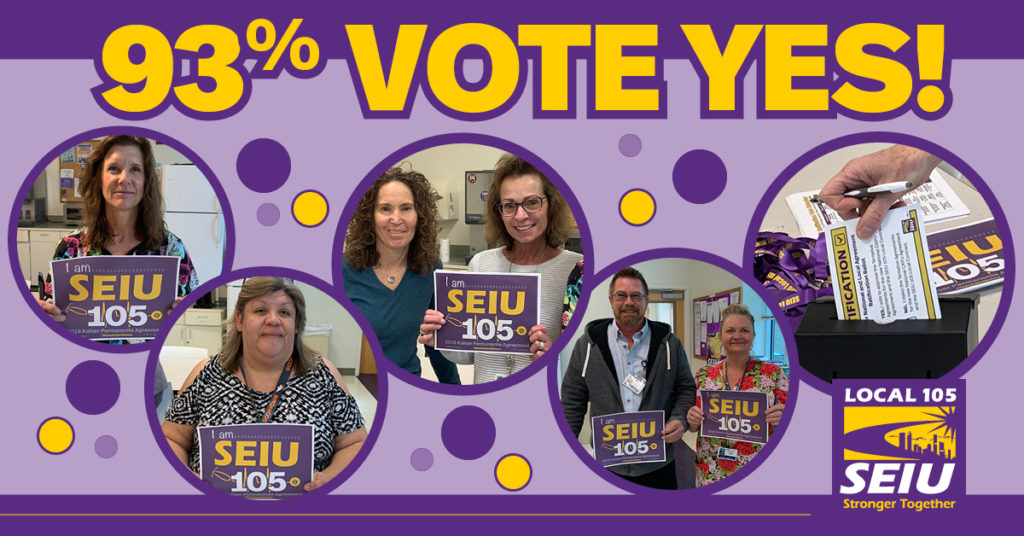 YOU DID IT! After 18 months of bargaining, standing ready to strike for quality patient care, and fighting for a real partnership again, you won a strong tentative agreement with Kaiser Permanente. Over the past two weeks, you and your coworkers had the largest turnout SEIU Local 105 has seen for a ratification vote in years! We’re […]

$5 BILLION IN PROFITS Kaiser can’t hide its greed. After telling Colorado frontline workers that all they are worth is a 1% raise, over the weekend, Kaiser just reported $2 billion MORE in profits for 2019. They’ve made more — $5.2 Billion — in only 6 months than they have ever made in an entire […]

After Kaiser’s disrespectful proposal earlier this week, KP caregivers across Colorado are showing management that they are ready to strike if necessary.   STRIKE PLEDGE OFF TO A STRONG START In just two weeks we have over 1000 STRIKE PLEDGES SIGNED! Healthcare workers at Longmont have reached 100% of their coworkers who have signed the pledge […]

Kaiser’s Disrespect We’ve all seen over the past year and a half how disrespectfully Kaiser has treated us during negotiations. They illegally refused to bargain with us. Then, they completed all scheduled negotiations without ever giving us a written economic proposal. Now, they expect us to bargain over email and telephone calls!  Yes, you heard […]

Last week, your actions resulted in the most successful healthcare worker informational pickets in years when hundreds picketed in one day! On Saturday, over ONE HUNDRED KP 105 members convened to discuss the next steps and create a plan of action after Kaiser’s greed caused the end of scheduled bargaining to break down for 85,000 workers–the first time in […]

This week, July 9-11th is the final round of bargaining with Kaiser Permanente! After illegally refusing to negotiate, your actions brought KP back to the bargaining table in May. In the past two months KP’s proposals for the 85,000 members strong coalition, including 3500 right here in Colorado, have been nothing short of a disgrace to the workers […]

While Colorado’s economy is growing, it’s not benefiting everyone. Despite record corporate profits, most Coloradans, whether white, black, or brown, are making less than they were ten years ago. The cost of living in the state has sky rocketed and rent is rising about six times as quickly as wages. As union members, we’re in […]

Every day, our union sisters and brothers work to create a better environment for working families in Colorado. Our days of hard work lead up to events like the one we held on Saturday, where we put hard hitting questions the people who want to lead our state. We wanted to hear from these candidates what, […]